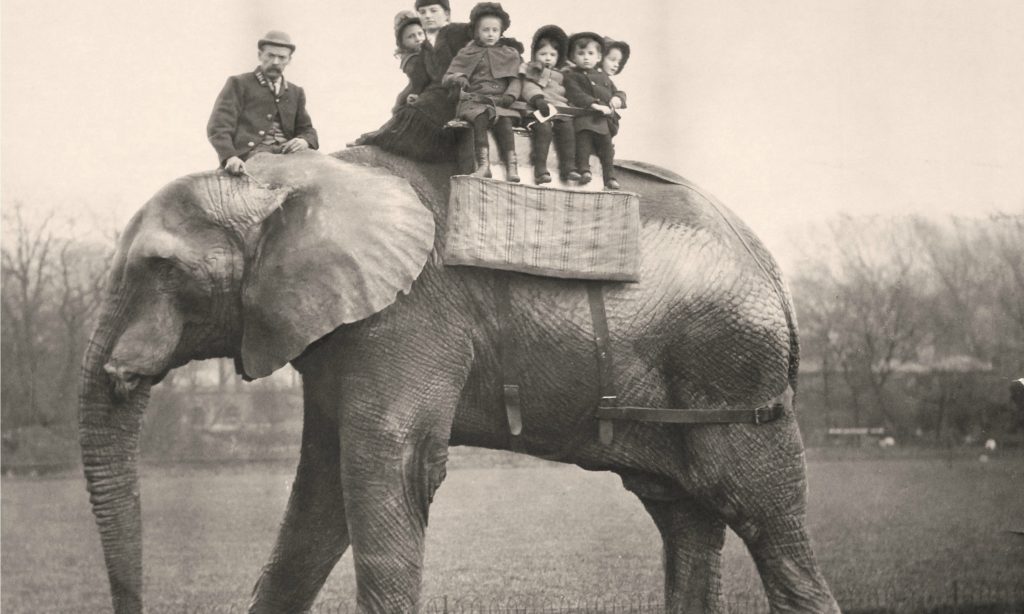 Jumbo the Elephant is what the Disney animation Dumbo is modelled after. But in real life,Jumbo cannot fly and kept drifting from place to place throughout its short life. Born in Sudan, Jumbo witnessed the death of his mom in the hands of ivory poachers. Ever since that, the ownership of the orphan Jumbo had undergone multiple handovers before it eventually got into London Zoo, where it was granted the luxury of a temporary shelter.

One day, London Zoo came up with a bizarre idea to allow the visitors to ride Jumbo, through which not only the Zoo had earned tremendous amount of profit, but also Jumbo gained its massive fame, so much so that even Queen Victoria made into the list of its “honourable passengers". But beyond the knowledge of the enthusiastic audience, Jumbo did not actually receive the treatment it deserved. Jumbo was locked in a small room, causing it to become increasingly depressed, which in turn fed into its violence. It even went so far as to hit a wall, consequently breaking its ivories. To alleviate this situation, Jumbo’s feeder plied it with whisky. However, things did not turn out the way he expected; Jumbo became addicted to alcohol, and its temper worsened without the supply of alcohol.

The Zoo then became worried that Jumbo, whose mood swings had become so unstable, would end up hurting or even killing their visitors, so they put him up for sale. The successful bidder was P.T. Barnum, a well-known American circus agent, so Jumbo took the boat to the U.S with its feeder. During the trip, he was still regularly subdued with alcohol.

After joining the circus, Jumbo became a household name in America. Three years later, Jumbo and a little elephant were not swift enough to evade a freight train during a roadshow trip to Canada and got killed on the spot. Barnum declared that Jumbo died to save the little elephant, but many doubted that he was only trying to arouse public sympathy. Jumbo's body was preserved and made into a specimen. During the process, the anatomist found coins, keys, stones, and nails thrown by the audience in its stomach. Apart from that, its knees joints almost wore out due to the passenger-carrying duties he had to take over a long period of time, and its skin also had many injuries it received during training.

People have constructed many monuments and murals in the name of saving other elephants and called him the “Brave Jumbo.” Now it seems that promoting the unproven bravery behaviour of Jumbo is no longer the top priority. Instead,we should be aware of the cruelty and ruthlessness behind animal performances and exhibitions from the life of suffering Jumbo had endured.