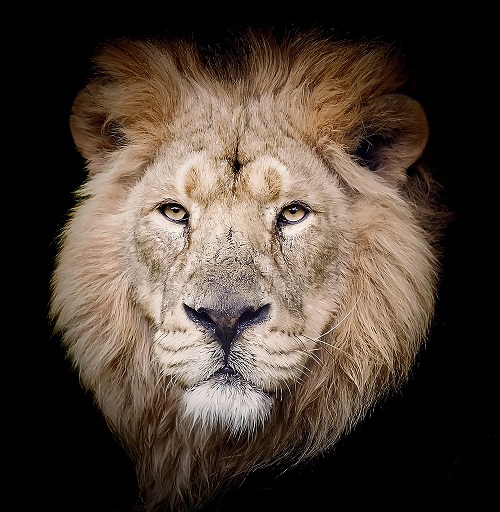 Asiatic lion, also known as the “Indian lion,” is one of the subspecies of lions.These members of the big cats are mainly distributed across India, and its population is only second to tigers. Compared with the African lion, it has fluffier fur, longer fringe on the tail,and longer hair on the elbows. Moreover, not only are the Asiatic lions thinnest among all the lion subspecies, but the sizes of its prides also tend to be smaller than those of their African counterparts, generally involving only one male and two female lions on average.

Asiatic lions tend to attack livestock, so they often get poisoned. They could also accidentally fell into the wells the farmers have dug for irrigation purposes, which drowned them to death. Also, because farmers that reside around the National Park often protect their crops from the nilgais (blue bulls) by illegally setting up electric fences, Asiatic lions often get caught into this trap and die of electrocution.

They once lived with the Bangladeshi tigers in northern India. However, over-hunting and over-exploitation have caused the extinction of most of the wild populations, leaving only a small group in the Gir Wildlife Sanctuary in western India. Now, these beautiful “big Asiatic cats,” whose total number has dropped to fewer than 400, have been classified as endangered species.